A scan job is the equivalent of running inspec exec against a given set of targets. The results of a scan job are sent to compliance reporting. Any profiles installed to the user’s namespace may be used in a scan job.

Jobs may be scheduled to be executed now, at some later point in time, as a one-off job, or a job that is executed at a given interval (like once a day, or every two hours).

When creating a scan job via ui, the user may select one or many managers. These managers would be the Automate manager (for nodes added manually in the ui), as well as any other managers added via the integrations (such as aws-ec2, or aws-api). The user may then build a query based on the base manager used to limit the set of items being scanned.

For users that wish to scan nodes that are not otherwise discoverable via integrations, we provide a manually added nodes manager. Users may add nodes via ui or api, specifying the node’s ip/hostname, port configuration, and sudo requirement (if any). In order to be able to run a scan job on a node, the correct set of ssh, winrm, and/or sudo credentials must be associated with that node. This is done by associating the desired credential ids with the node.

Whenever we are provided with information about a scannable node, we run a detect job (inspec detect) against that scannable node. If we are able to successfully connect, it is marked as reachable. An unreachable scannable node will have an error message attached to it. A user may edit the credentials associated with the item to resolve the problem, or in some cases a user may just want to rerun a node (as in the case of a network error).

How to Add an Environment Value for Project Assignment

When creating a manually added node, use the ‘Environment’ tag to assign an environment to the node. Environment is the only supported field for project filtering on scan job results. 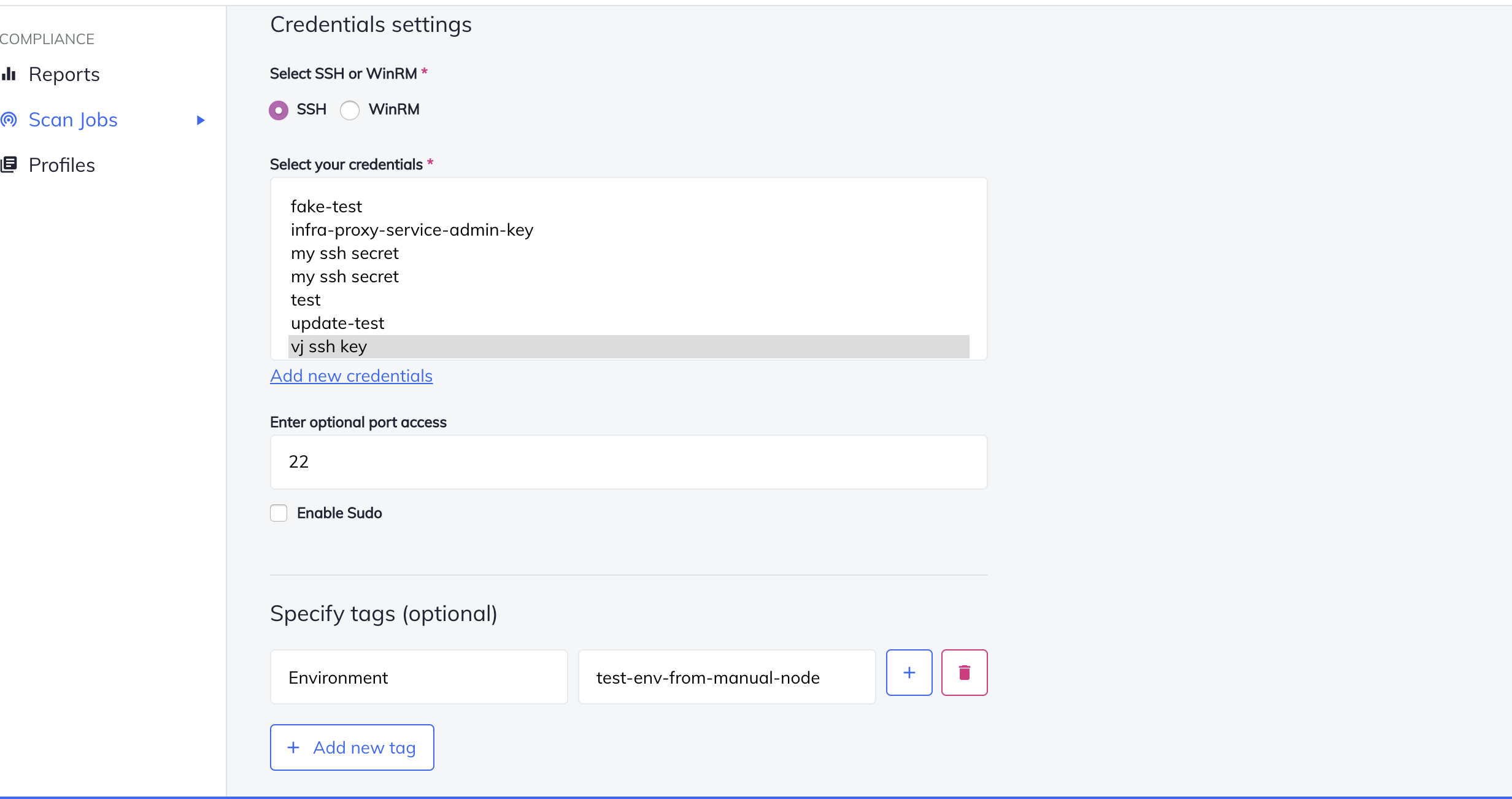